Only 5 ingredients in this Potato Salad with Bacon recipe. All of your favorite potato salad add ins coated in a delicious ranch dressing that will be your GO TO BBQ side dish recipe! 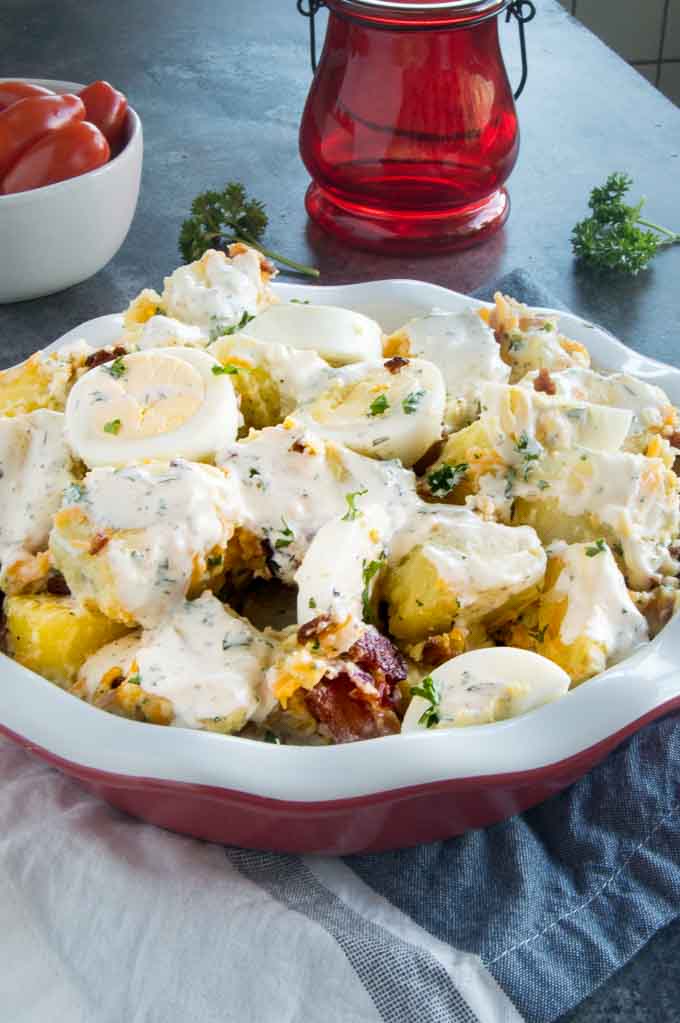 Potato Salad with Bacon is a must in my world.  Honestly, I’d eat just potatoes and bacon all by itself but if I showed up at a BBQ with just that Im sure I’d get some strange looks.  This recipe for Bacon Ranch Potato Salad has all of your favorite things in it, but is super easy to put together!

Last week I shared with you the recipe for Easy Homemade Ranch Dressing and I’d made so much of it for photographing I was looking for new ways to use it.  We had a BBQ to go to and it seemed like the perfect thing to try.  You dont need a million ingredients so it comes together quickly.

What kind of potatoes work best for Potato Salad?

Ideally you want to use a waxy potato (a potato that doesn’t have a lot of starch in it.). Yukon Gold, New Potatoes and Fingerlings are examples of potatoes that work well in a potato salad.  They hold up after boiling keeping their shape and they will still absorb the dressing you add to them when mixing up the salad.

You can use russets (which are a starchy potato) but you have to be VERY present when boiling them so they don’t turn into mashed potatoes before you even start mixing them into your salad.

I would also suggest cutting them into very large pieces if you use a russet potato so that if they do start to fall apart you will still have a chunk left instead of just bits. 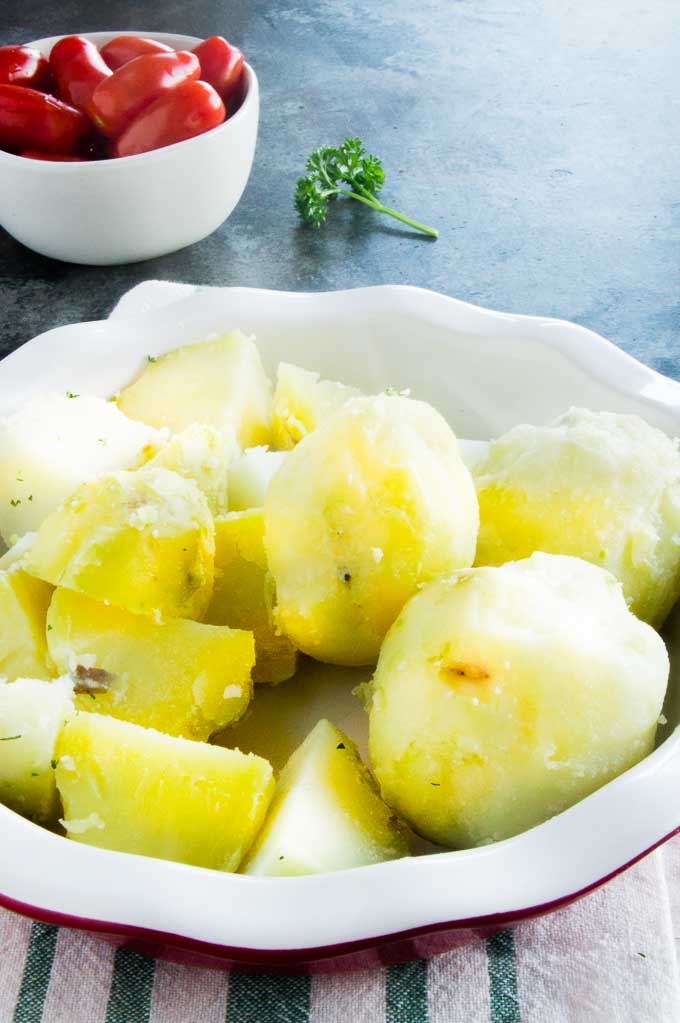 Do you need to peel the potatoes for Potato Salad?

Some people think the skin is a little too bitter when biting into it.  Sometimes I like the color of the skin as a contrast and I don’t mind the skin at all on Yukon gold or fingerling potatoes.

It also depends on what potato you are using.  If I only have russet potatoes, I will always peel those.  They tend to be larger and I want to cut them into chunks before I boil them.

In this recipe I used Yukon Gold Potatoes and found I liked the texture of the final potatoes better when I boiled them with the skin on whole then peeled them right after draining the water when they were done. 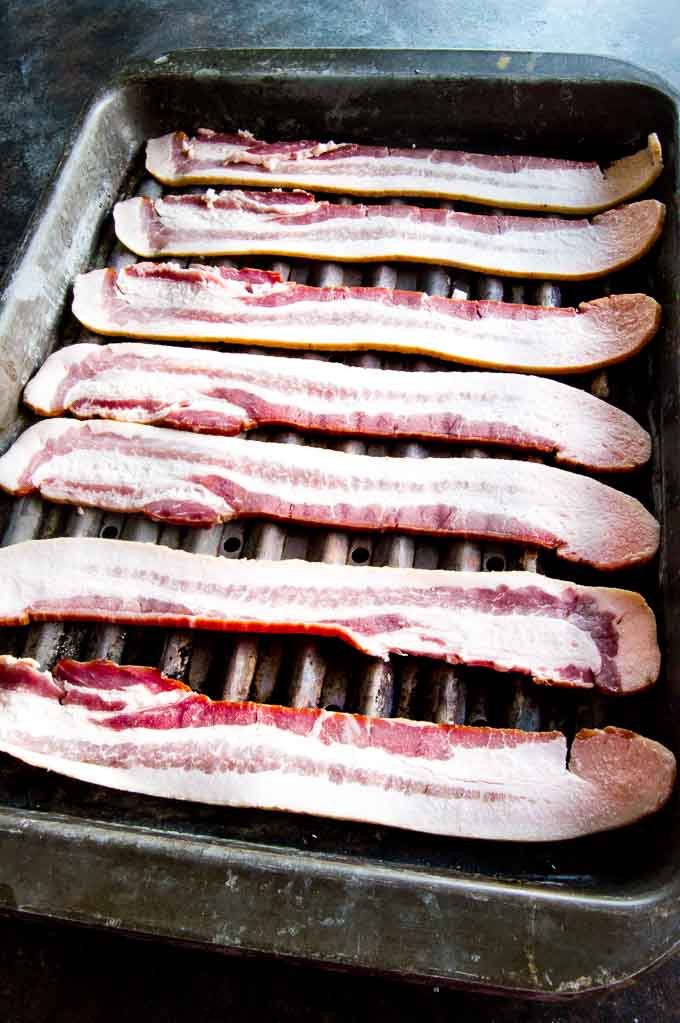 Do you have to use a homemade Ranch Dressing for Bacon Ranch Potato Salad?

I highly recommend using my homemade buttermilk ranch dressing to make this Bacon Ranch Potato Salad, but if you are in a time crunch by all means use your favorite ranch dressing as a substitute.  If you buy a thicker dressing you may want to thin it a little with a little milk but if it easily pours you will be fine with it as it is! 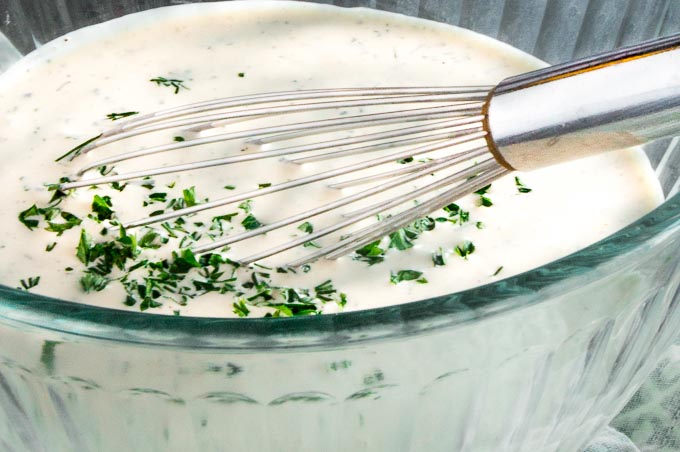 This Potato Salad goes great with any grilling you may be doing!  It pairs well with these No- Fail grilled Lamb Chops or these Fall of the bone tender BBQ ribs or this Grilled Ribeye with Chimichurri Sauce. It also holds up well for a picnic with this Crispy Southern Fried Chicken. 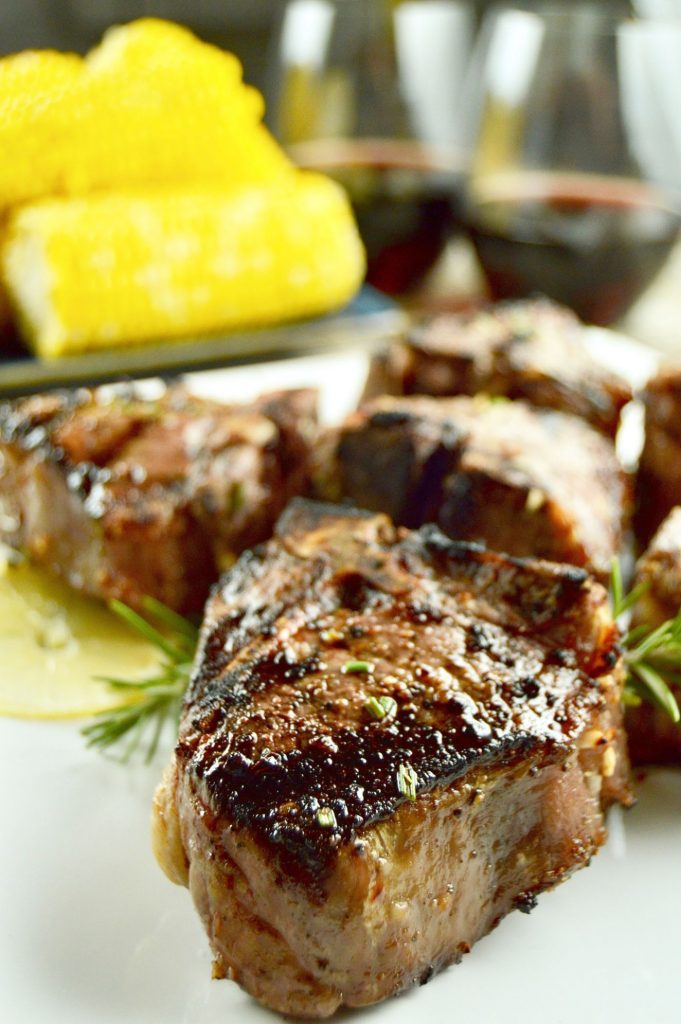 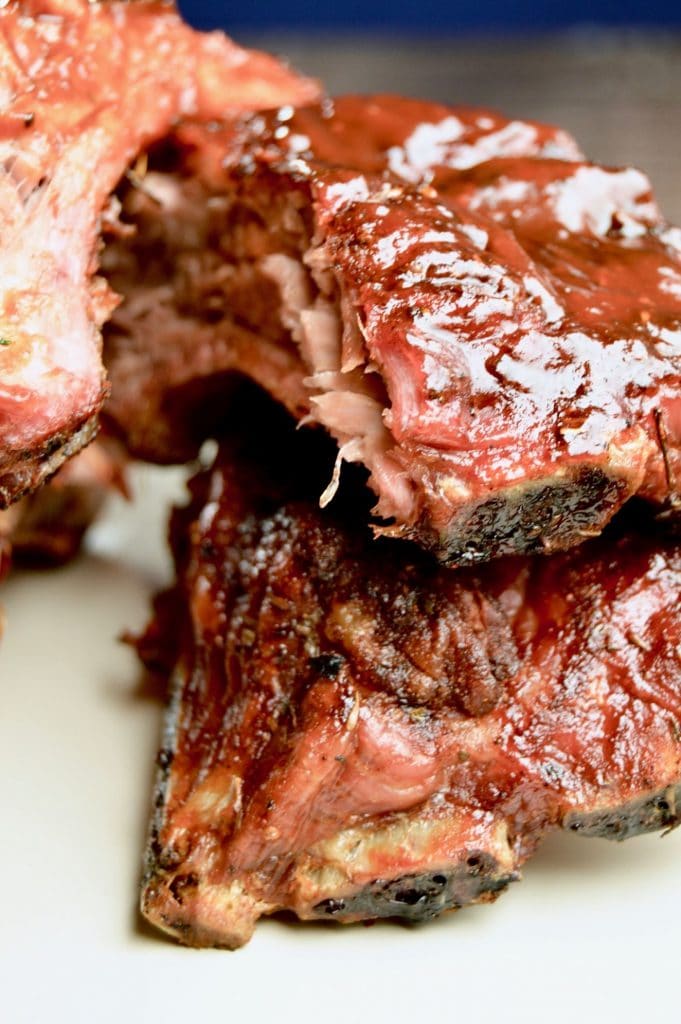 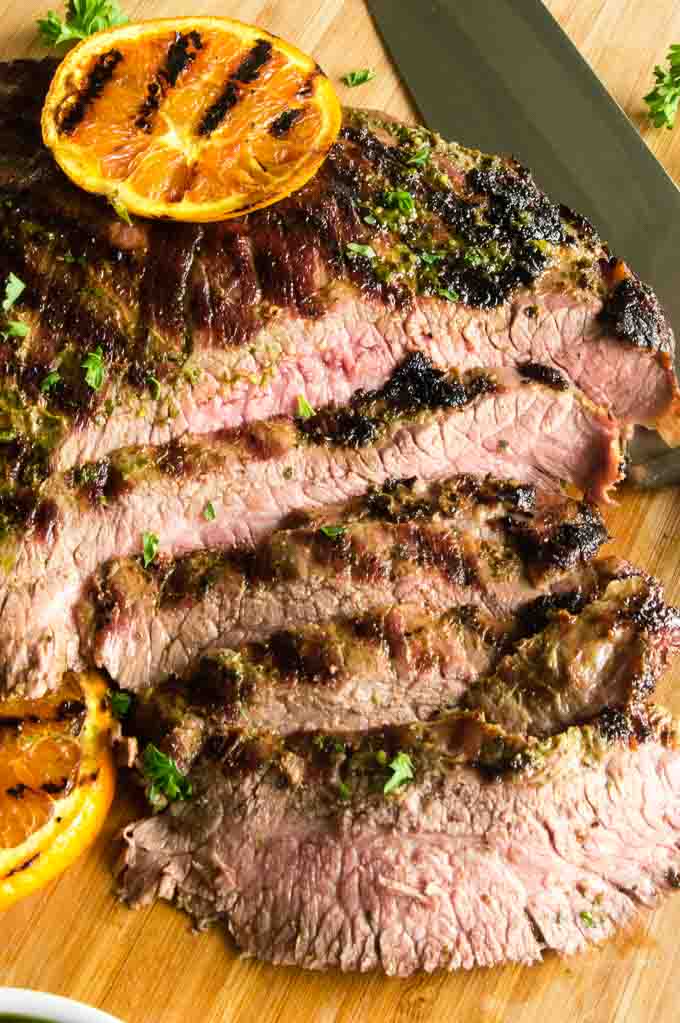 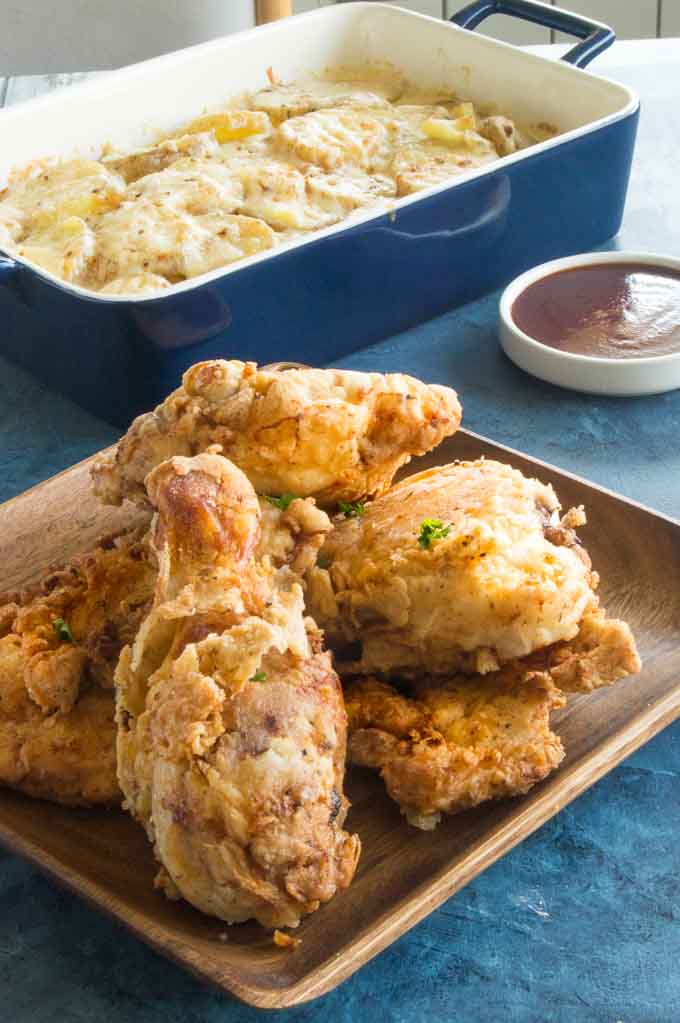 PIN THIS   for easy reference when you need a BBQ Side Dish!

(Facebook not your thing….. thats ok too!  I have you covered with a mailing list that shares easy recipes for entertaining on this page where it says “join the west via midwest community!”  )

Other Side Dishes that work great for any BBQ’s this summer!

Easiest and Most Delicious Baked Beans  ~ The Life Jolie 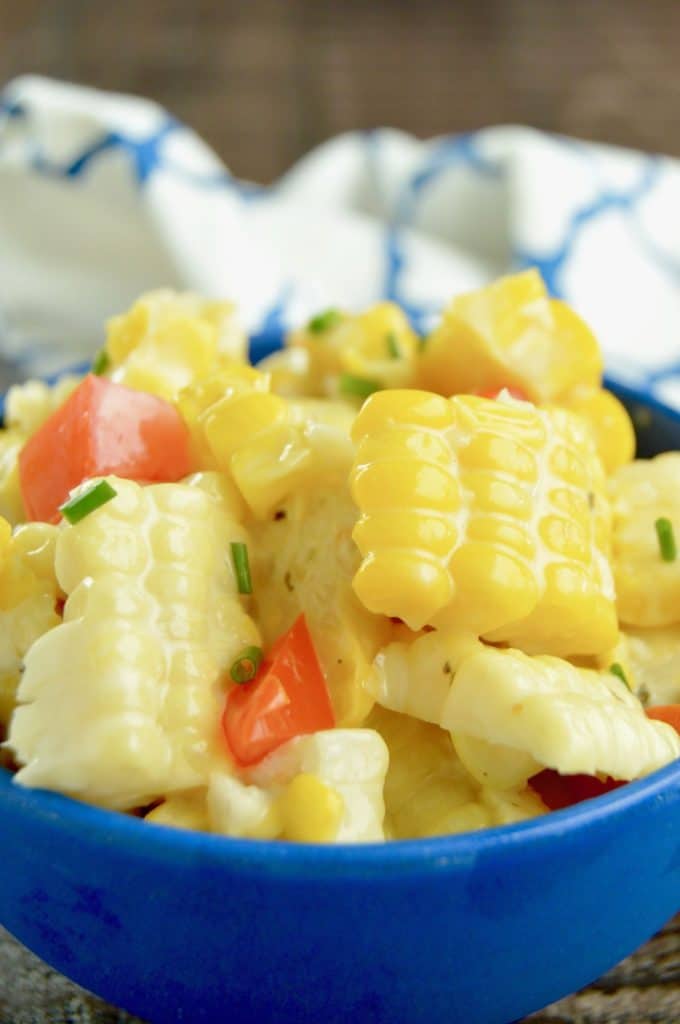 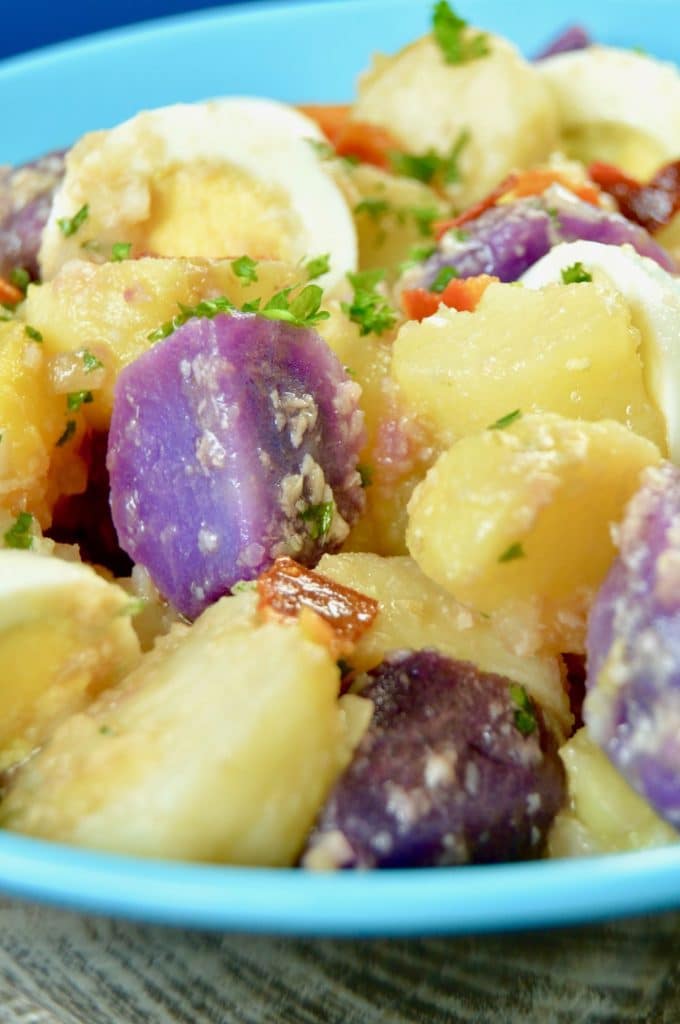 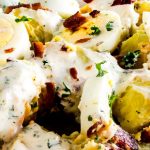 Only 5 ingredients in this Potato Salad with Bacon recipe. All of your favorite potato salad add ins coated in a delicious ranch dressing that will be your BBQ side dish go to recipe!