No-churn Pumpkin Spice Ice Cream will give you that down-home warm holiday feeling that all those pumpkin spice lattes give you that everyone is clamoring for. But even better because it’s ice cream!! Full of pumpkin and spices it’s a nice twist on ice cream for the changing of the seasons!

If you love ice cream as much as we do you can also find Creamy Lemon Ice Cream and Grasshopper Ice Cream Pie. If you have never made homemade ice cream before, you are in for a real treat.

This no-churn pumpkin ice cream recipe is a perfect blending of the seasons. Bid farewell to summer and hello to fall with the beautiful flavors of classic spices such as cinnamon, nutmeg, and ginger sweetened with condensed milk and a touch of vanilla.

A pumpkin spice ice cream made with simple ingredients and very little prep time. Enjoy a scoop on its own or with your favorite toppings for an added crunch!

There is nothing quite like the changing of the seasons. The colors, the sounds, the crisp morning air, and of course the family gatherings, the celebrations, and the comfort meals.

Pumpkin ice cream is a great make-ahead dessert to serve after dinner or at this year’s Thanksgiving gathering as it will keep in the freezer for a while beforehand. It also works well as a treat at your Halloween party!

It is a quick and easy recipe with very little prep time and no need for an ice cream maker, which adds convenience to your plans and holiday preparations.

The aroma of pumpkin spice, the smooth creamy texture of the ice cream is everything you want in a dessert.

Serve it in a glass with a little milk for a milkshake or as a pumpkin float with a drizzle of caramel and some soda. It also works really well with these chocolate dipped ice cream cones.

History of our beloved frozen dessert

Ice cream was not always the creamy dessert we know and love. In fact, during the 2nd Century B.C., it was ice and snow flavored with honey and eventually other fruit juices.

Over a thousand years later, Marco Polo returned to Italy with a recipe resembling what we know as sherbet. Historians believe it evolved to what we now call ice cream around the 16th century.

It was at one time considered a treat and a dessert only eaten by the elite. If they could only see us now! The International Dairy Foundation has a lot more information on the entire evolution.

What to shop to make your own no-churn ice cream

Grinding the cinnamon and nutmeg fresh will make a big difference in taste. If you plan on using individual spices, feel free to give this a try, you may never buy preground spices again!

It helps if you chill the bowl you will be using for the whipped cream ahead of time, that way it helps the cream form faster and it creates a better consistency.

Don’t over mix when incorporating the pumpkin mix with the whipped cream. You want to slowly mix it until they are just combined, otherwise, too much air will escape and it will change the consistency of your creamy ice cream.

Be sure and cover with plastic or parchment paper when freezing or storing so ice crystals don’t form on top.

As you know, this is a no churn recipe which means it can be made without an ice cream maker. And who doesn’t love the idea of using fewer appliances. A win for sure!

How to make the Pumpkin frozen treat

How long can I store it?

Keeps for 2 weeks in the freezer if covered and protected. It’s still edible after that, but the texture changes a lot and I don’t recommend it. Honestly, this is so good we’ve never had it last more than a few days—

What is sweetened condensed milk?

This recipe is from my grandma Oma’s ~ but in looking into it she found it on a label from sweetened condensed milk can!

Sweetened condensed milk actually just cows milk with the water removed and sugar added. In some countries, the unsweetened version of condensed milk is known as evaporated milk.

No churn ice cream can be topped with any of these but you can also swirl them in. You’ll freeze them for about 2 hours until its semi soft, but still able to stir it. Stir them in then reseal it and place back in for a few hours to harden completely.

What is the difference between Praline and Pecan?

Praline is a candied nut! Traditionally it was a process reserved for pecans, however over time, as we all know, all sorts of candied nuts have made their way into desserts we all love. It’s usually maple or brown sugar-flavored which pairs nicely with pumpkin spice.

I’d love it if you enjoy this recipe if you’d comment and rate the recipe 5 stars in the recipe card.  ⭐️⭐️⭐️⭐️⭐️

Hashtag any recipes you make from West Via Midwest #westviamidwestrecipes or tag me @michele_westviamidwest on Instagram to be featured on our stories!

If you don't want to use all of these spices, you can substitute 2 teaspoons pumpkin spice instead. --

If you want to add in nuts, coconut, heath bars-- anything. You will let the ice cream freeze for two hours then gently stir in 2/3 cup of your add-in. Reseal with parchment paper and then let harden completely. 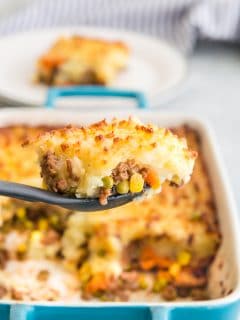 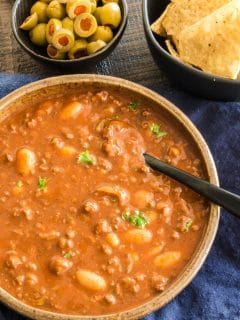 Michele, this delicious no churn pumpkin ice cream is just what we were craving. So creamy and perfectly spiced. Wishing you a super weekend ahead. Pinned!