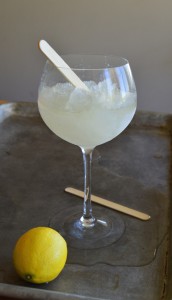 I love summer because it’s warm and the days are long. I also like to have a cocktail occasionally but in the summer I enjoy lighter, icier, colder drinks.

One of my favorite cocktail is a French 75 so when I saw all of the different boozy popsicles it was one of the first things I thought of to try and make into a popsicle. Several people have done it successfully; I’ve seen the pictures.

But alas, I have tried several times and cannot get them to freeze solid enough to actually eat like a popsicle. (Kind of wondering if this is why all the pictures that I’ve seen are of the popsicles either in a glass or laying flat?) 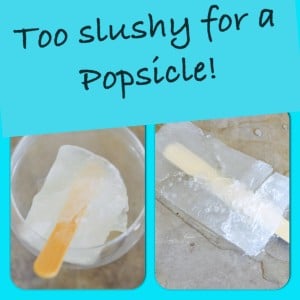 But westviamidwest is about food/drink adventures and the lesson I learned from this process is that sometimes you can still get a great new idea even in a “recipe flop.”

While I couldn’t get an edible popsicle, I was able to get another great icy cooler made using the classic French 75 recipe.

Historically the French 75 became popular in World War 1. When it was first made people commented that it knocked you as hard as French 75mm shotgun! While I don’t think they are particularly that strong, they are quite delicious. Of course there are many early references to similar drinks with liquor and champagne and fruit juice earlier in time, but the French 75 itself was coined in the early 1900’s.

Most recipes I found made it with gin, but a few in recent years have started substituting Vodka. Being a purist and loving the original cocktail with gin, I stuck with it for my Icy French 75 cooler. 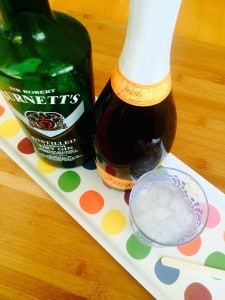 Good ingredients for a fine Drink!

My first attempts were in the ice pop molds. While they did freeze, they were more slushy than solid. I could get them out in pieces but not as a whole popsicle. (Can you say “these melt really quickly”…because they start melting before you can say that!)

In the end, the cocktail itself is so good I decided to make it like the Icy Rum Slush Cocktail mixing it all together, then pouring into a baking dish and freezing instead of the ice pop mold.

When you take a sip of this you get flavor from every ingredient: first the sugar and the lemon, then the blend of champagne and the gin right at the end. With the icy texture it is perfect version of a French 75 for the warm summer days. 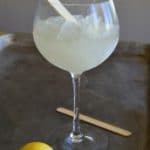